As featured in the Tasmanian Country publication 29th July 2022

In the doom and gloom left from the 2021 State of the Environment report, recently released by the Labour Government, I thought I would direct you to the far brighter vibe that is the recently released Australia’s Environment 2021 Report. It tells a more optimistic story, particularly for our home state. The Report notes that lower temperatures and plentiful rainfall, in part due to La Niña conditions, have supported a strong recovery for Australia’s environment following record hot temperatures, drought and a catastrophic bushfire season in the preceding two years.

Produced each calendar year since 2015 by the Australian National University (ANU) and the Terrestrial Ecosystem Research Network (TERN), this alternative report on the state of Australia’s environment provides summaries of key events, environmental conditions and change during 2021. It outlines national average values for 15 environmental indicators and the numbers represent the relative change from 2000-2018 average conditions. And while it’s not all sunshine and roses — ocean temperatures really are rising and an increasing number of our native species are under threat — there are certainly reasons for optimism.

And in contrast to the picture of gloom outlined in the media following the 2021 State of the Environment report, this alternative view suggests many things are on the improve. In fact, Tasmania is leading the pack with an environmental condition score (ECS) of 8.9/10 — a year-on-year improvement of +5.1 — a rating higher than any other state and territory and two points higher than the national score of 6.9/10.

Tasmania was covered in trees — this equates to 3.59 Mha. If you’re looking for some positive news I encourage you to take a look at the Australia’s Environment report. I have only touched on a few key points related to Tasmania, but there is more good news where these came from. In closing I'd like to congratulate the team at TERN and ANU, led by Professor Albert van Dijk,

they have made spatial information on environmental conditions more accessible and easily interpreted. The report is well constructed and is easy to read, using plain English. It also presents a good range of meaningful data using clear graphics. I’m a big believer that farmers, their dedication to care for their farms and their drive to improve the land and water systems, between one life-time to the next are contributors to the improved Tasmanian outcome now and into the future. 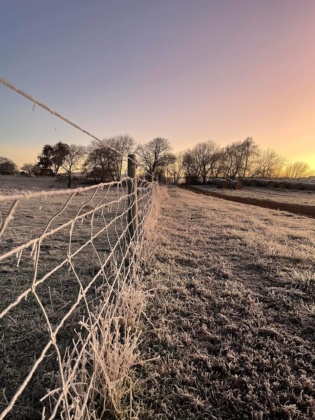